Kanye West Renames His Album Again, Giving Away A Pair Of Yeezys If You Can Guess - Str8OutDaDen.com...Relax and Listen!
News

Kanye West Renames His Album Again, Giving Away A Pair Of Yeezys If You Can Guess 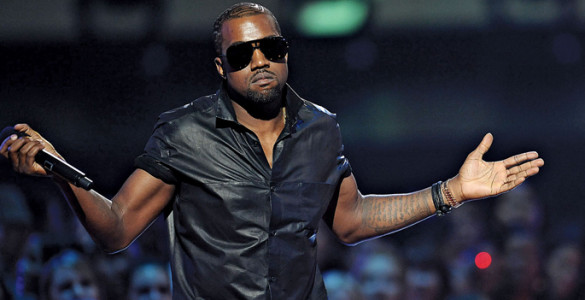 Oh by the way, the album drops February 11th.

So yeah Kanye is either exploring some serious genius right now or trolling us. Honestly I’m just ready to hear the music and could care less about a title. With that being said, Mr. West has changed his album title once again. First with So Help Me God (my personal favorite), then it was SWISH and of course we can’t forget about WAVES.

Today though Ye threw another name in the mix and considering we’re only 2 days away from the “Album Of The Life”, it SHOULD be safe to say this is the last change. So what is the new title? Kanye took to his Twitter page to give us an acronym of the title, T.L.O.P.

Now there’s a catch (of course there’s a catch). Kanye wants you to guess what the name of his album will be. And get this, whoever achieves that feat will be rewarded with a fresh pair of Yeezys and tickets to his Season 3 reveal at Madison Square Garden in New York City.

Now even though I would love a pair of those joints and even a chance to hear that album early, my guess is that some kid who in the middle of nowhere who has time to crack the code will win. I just want to hear the music. Until another change comes…