Kanye Just Changed The Meaning Of Marketing In 72 Hours 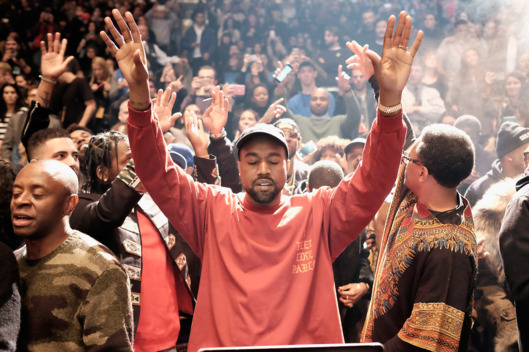 Love or hate him…Mr. West is a genius.

If you are remotely familiar with Hip-Hop (of course you are) then you know that it’s been Kanye everything of the past week. From album title changes to Twitter rants with Wiz Khalifa, Kanye has somehow figured out a way to be the only thing we are talking about and guess what…he deserves it. Why? Genius level marketing. That’s what that guy achieved this week. More specifically let’s look at what happened in the past 72 hours.

On Feb. 11th around 4pm Kanye had people pouring into Madison Square Garden movie theaters across the globe to check out him Yeezy Season 3 fashion show and his newly named LP, The Life Of Pablo. His prior antics made it almost impossible not to wanna hear and see what all the fuss was about. So even if you didn’t want to delve out the $25 price tag to sit in the theaters, you went to TIDAL and used that free trial (we’ll come back to TIDAL in just a second).

After watching the show, it was obvious that the music was incomplete and there had to be more in store. Luckily for us he brought back to G.O.O.D. Fridays to release another new record titled “30 Hours“.  From there we all sat waiting in anticipation for the official release of the project, but of course that didn’t come. Instead we got a series of random bloggers bringing up a line that Kanye said, dissing both Ray J and Taylor Swift. The internet went nuts again and guess who was in the middle of it all…Mr. West.

We can’t stop there though, Kanye also had an invitation to perform on SNL and we all know his history there. Backed by The Dream, Young Thug, El DeBarge, Kelly Price, Chance The Rapper, a choir and Kirk Franklin, Kanye West put on a great show and at the end on this huge platform made the announcement we were all waiting for…my album available now…on TIDAL.

Yep that’s right, the moment we were waiting on is finally here. Kanye West 7th LP, The Life Of Pablo is out and for our listening pleasure. But wait you don’t have TIDAL yet. No worries, there’s a 30 day risk free trial available. I have to hear what everyone is talking about! So you download, tell others about the free trial so they can download too. Then you listen. Now I won’t get into the music because that’s subjective and quite honestly, there is no way that you can truly digest a body of work that quickly. But none of that is important. What is important and the reason for these words is this: Kanye West made TIDAL the number one app in the world! Do I think he makes great music, absolutely. Is he a genius, yeah I believe so. But what no one else is talking about is that Mr. West (who is an owner over at TIDAL) just made one of his company the most popular and he did it in 72 hours.

Will it last? Who knows, but what is for certain right now is that we all have TIDAL, even when you said it would never work.

P.S. Don’t forget to cancel that membership 27 days from now.

Found these tips helpful? You may want to take a listen to our weekly podcast, where we dive into more topics geared to providing guidance to independent artist on their journey of surviving the indie circuit.

Listen to our podcast on iTunes, Stitcher & Soundcloud.