Vote For The 2016 Album Of The Year
Features 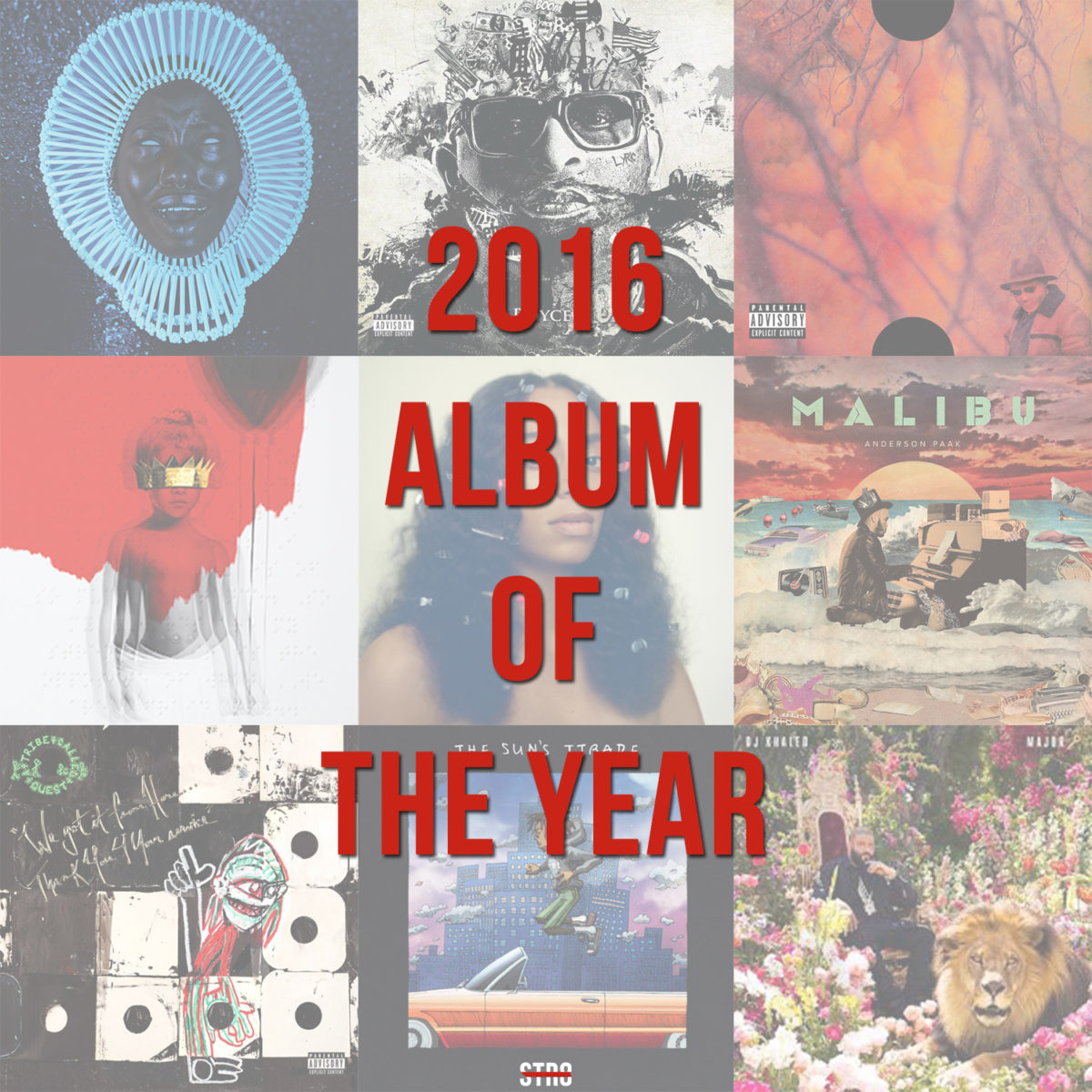 Surprise!!! No Drake or Kanye West.

Yep you read that right. Who would have thought a year that Drake and Kanye West released an album and it would not be on an “end of the year list”. Well here’s the thing, our staff all nominated albums we thought hit the mark for the year which we determined was from Dec 1, 2015 – November 30, 2016 (sorry all of those albums that came out a couple of weeks ago don’t qualify) and guess what…NO ONE CHOSE VIEWS OR THE LIFE OF PABLO.

So I could sit here and lie to you and say it was a tough decision, but it really wasn’t at all. The music didn’t move us. It may have moved you and that’s cool, however we have 9 albums below for you to choose. Vote wisely.