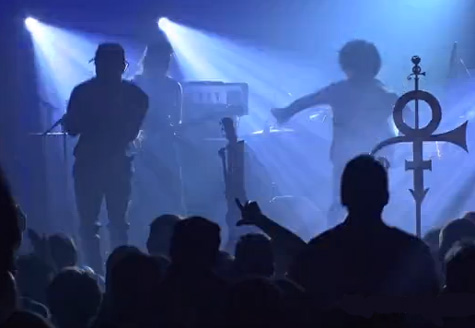 Thank you to Prince’s family for this.

To pretend like the world is not still feeling the lost of one of the best musicians of all time is an understatement. Prince was more than a musical genius, he was more so an ambassador for music rights and because of that, its very difficult to find anything on the net that he didn’t want you to see.

Imagine our surprise when we came across some footage with Prince and Kendrick Lamar floating around. The footage was shot back in 2014 and celebrated the release of of Prince’s Art Official Age (with 3RDEYEGIRL) and PlectrumElectrum albums. The concert took place at his Paisley Park Studios and in the middle of his set, Prince brought out Kendrick Lamar to perform “What’s My Name.”

Check it out below.

Truez To Hop Off The Grid, Delivers Show Footage In The Meantime