you can thank Lord Edwards 0 comments 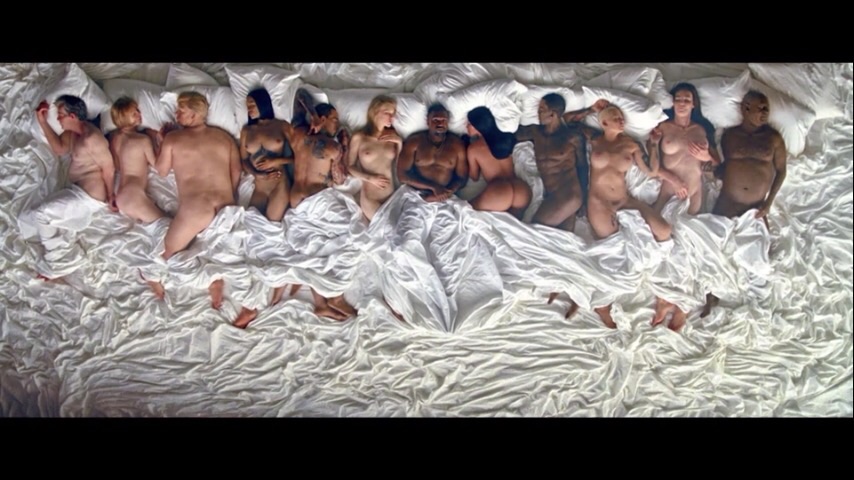 If there ever was a release that required us to wrap our heads around such a body of work, this would be the time.

Spoiler Alert: If you have yet to see Kanye West’s Famous Video via Tidal and don’t wish to know the details of such, please do not read further. However, if you are like the millions of people on this earth that will likely read a book, and then go see the movie as you understand the varying value of both literature and motion picture, then proceed.

Kanye West dropped his “Famous” video via Tidal tonight which was supposed to be dropped at 7 pm PST, but ended up coming out at 11 pm PST. I have just watched it over, and let me be the first of many to say it is downright shocking. Shocking in that “Kanye is a damn fool, but a straight artist,” kind of way. The video art piece, which is how I am sure Kanye would like it dubbed, starts off with a pastel sun-filled above cloud sky view that pans earthward with random sound bytes. Then as the sound bytes continue, and like that of an analog television channel change BOOM, nakedness and nipples! Shortly thereafter, Rhianna’s voice comes on as the, “Famous” track plays.

I don’t mean to be too much of a critic, as I am sure many will take on that role regarding this video in the coming days, maybe weeks. However, it does seem as if Kanye has taken a page from John Bergnon, the creator of the creepy and heavily theorized , “I Feel Fantastic” YouTube video that surfaced in 2009 and currently has over 7 million views. Kanye’s video is provocatively intriguing at times, in a trippy did someone leave the iron on, or the gas on, leading to an explosion kind of way.

Without giving too much away, all I will say is I can understand his thoroughfare of expression, and that art as it exists is to often be left to interpretation. With that being said, I see this depiction of sleeping, snoring, famous people inspired by the portrait “Sleep” by Vincent Desiderio, a relatable display to such everyday normalities of that of common people where the virtues of fame are no more explainable than that of irrelevance. There lies the context of the greater essence for me.

Or maybe it could just be Kanye showing that famous people feel more comfortable sleeping with one another, and that being famous is a most fitting state of connectable euphoria between such people. I guess we will just have to wait for Kanye to tip open his critically specious psyche and explain. Nonetheless, it is likely that the naked manifestations of famous people including Ray J, Taylor Swift, Donald Trump, George Bush, Bill Cosby, and more definitely will strike a cord with many. What I want to know is, as he thanks each of them individually in the video, did he somehow recieve permission from each to use their likeness, their naked likeness? We shall find out. Go check it out for yourself, however you may get a view of it, and let us know what you think.