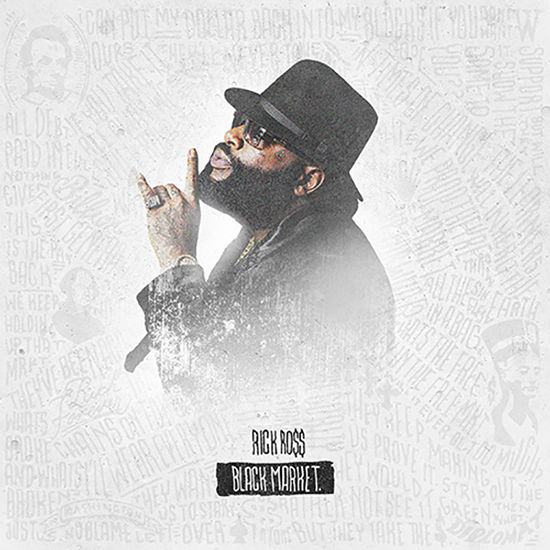 The 8th LP from Renzel is out now.

It seems like Rick Ross has spent all of 2015 separating himself from the rest of his peers. First with the release of — what I felt should have been its own album — Black Dollar mixtape. Then as if that wasn’t enough, Rozay gave us freestyle and freestyle with his Renzel Remixes.

Now the “biggest boss you’ve seen thus far” is back with his 8th studio LP, Black Market. The 17-track (deluxe) project finds Ross returning to a more soulful approach to his music. Something that I’m extremely excited about. Not knocking his latest two albums (Mastermind and Hood Billionaire), but those just weren’t for me.

The album can be stream below or purchased on iTunes.