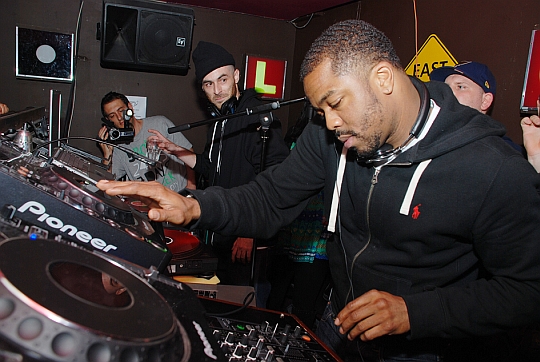 An hour of heat from Just Blaze perspective.

This past weekend I had the opportunity to hit the tables for the first time ever. It was only a 15-20 minute set and about 6 or 7 people was watching, but I was rocking. It was an old school set and purposely didn’t play any hits from 2012 to present day.

Now being that I’ve been producing for years, the thought of wanting to be a DJ has crossed my mind forever. Honestly, its one of the few things I regret from my college days, not taking that opportunity to learn. I haven’t invested in any equipment just yet but know the itch is real right now.

Anyway that brings me to this mix by none other than the great Just Blaze. His resume doesn’t need any introduction, but for the sake of those who may not be in the know, Justin Smith pretty much held down Roc-A-Fella with Kanye West of course for years.

Today we get a new mix from his Boiler Room DJ set in London. Coming in right under an hour, Just Blaze went everywhere from disco to trap, playing a slew of hits from his own production catalog. Take a listen to the mix below and by all means download it here.