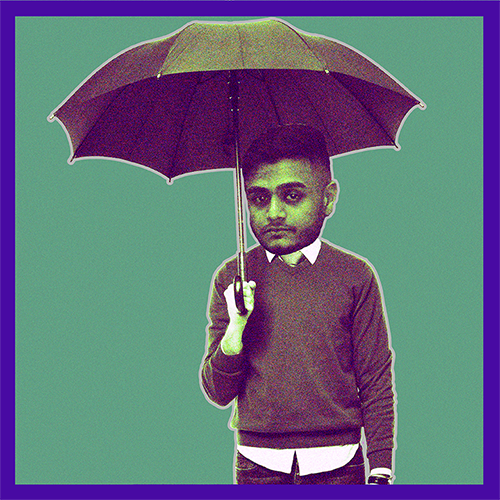 Losing Friends serves as Keralanka’s most introspective track yet, and serves as a direct reaction to Rohan finding out that one of his friends had committed suicide. The song explores themes such as death, millennial pessimism, and the relationship between technology + mental health. Keralanka also handles the production on Losing Friends, borrowing inspiration from Late Registration-era Kanye, Diplo’s famous vocal manipulation techniques, and the recent re-emergence of Nu Disco.

Keralanka is comprised of Rohan (rapper, producer) & djAP (engineer, producer). They formed in early 2017, driven by the idea that they could one day inspire kids that look like them to do things mainstream culture has told them they can’t. In other words – “representation matters, motherbad worder”.
Much like themselves, Keralanka’s music finds strength in diversity. You’ll find constant variation in the sounds used – from the disco synths in Losing Friends to the orchestral elements in Gandhi. Lyrically, the duo constantly tackles themes close to the heart of the second-generation immigrant (From is inspired by the classic question every colored kid eventually faces: “No but… where are you REALLY from?”).
The group’s focus on authentic representation is so core to their vision that it can even be found in their name (a combination of Kerala and Sri Lanka – Rohan and djAP’s places of origin, respectively).

SmokyDB Takes Some Time To Vent On “Geeked Up Freestyle”