Cameron Airborne - Anything I Want - Str8OutDaDen.com...Relax and Listen!
Music

Cameron Airborne – Anything I Want 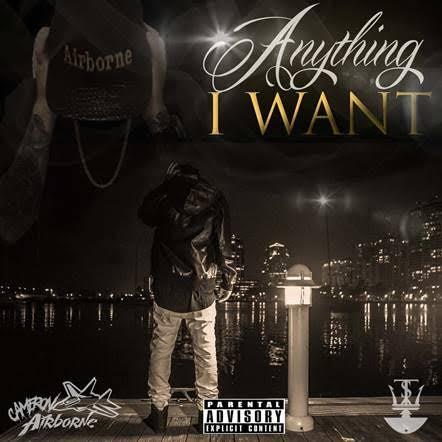 Cameron Airborne is a South Florida artist that has been writing and producing since the age of 12.  He is an individual that had to fight forever thing that has earned at a young and often found himself selling drugs while in and out of a detention center. So, when you first hear his music can really hear the hunger in his voice.

Airborne has released his first project ‘Lifted’ In 2013, he would follow-up with another  ‘Kamikaze’ In 2014, in which he featured a lot of DJ Premier Instrumentals. After two years without releasing music Airborne decided to release a new project by the name of “Unspoken Words” consisting of hit singles such as Chosen One’ And ‘Grind.

Earlier this year Airborne had the opportunity to go tour with Rich The Kid as well as release a project called ‘Magic’. He is currently working on a new project, but until then take a listen to the track “Anything I Want” below and please leave a comment.