you can thank OLIN 0 comments

Let’s talk about the early show for a minute.  What a dope little venue.  If you are an Indie artist that is worth listening to in the metro Atlanta area, this is the place you have to visit at least once.  It is at the perfect location right in the heart of East Atlanta Village on Flat Shoals Ave.  The drinks are affordable, the house staff is professional and courteous, and on top of that, the music is fresh. This event has been going strong and uninterrupted in the city for over 2 years! That says a lot about the consistency that these coordinators have. 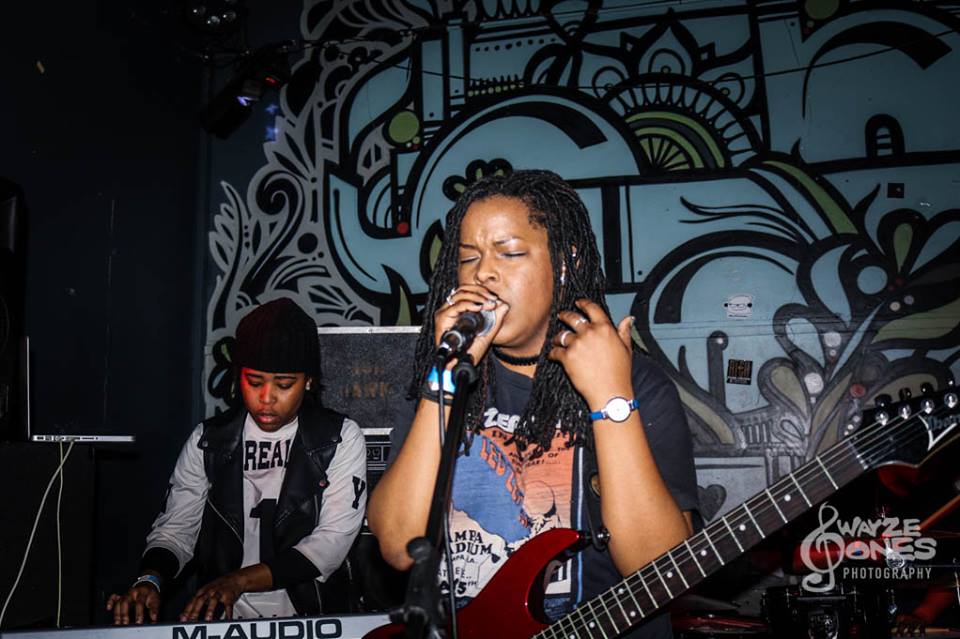 From the moment I walked into Union EAV , I was greeted by a friendly and courteous guy named Vici Royàl (a dope artist in his own right), who directed me to one of the show organizers immediately and got my set lined up (that particular night I was slotted to perform).  From there I met DJ D.  Let me take a moment to talk about this guy.  What he is doing is innovative and I think it’s the future of DJing in general.  This man was projecting videos on a screen above the dance floor, but not only was he playing videos but he was scratching the footage live! In real time! As far as DJs go I can say this guy understands the idea of working with the artist and I saw no flaws in his interaction with the artists performing that night. 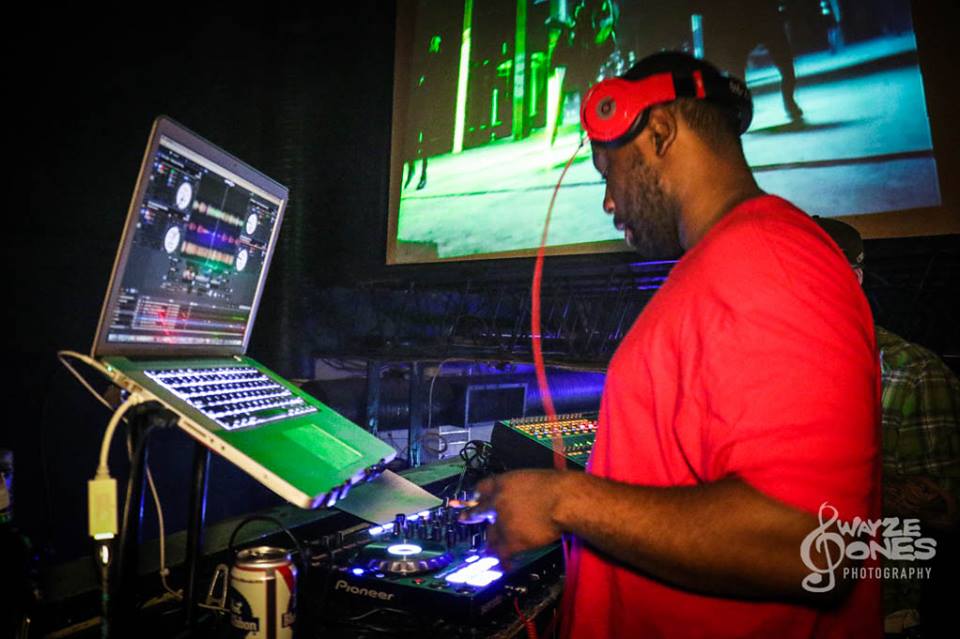 After I got situated I ran into the host and this man is the personification of positive vibes. He goes by the name Acolyte Zro or Z The Farmer (I’m not sure what he’s going by these days).  To get the crowd warmed up, Z engaged them with some freestyle rapping and encouraged anyone in the audience who wanted to take part to do so and they did… It was pure.  I can say one of the things that stood out the most about this particular event was the live element. 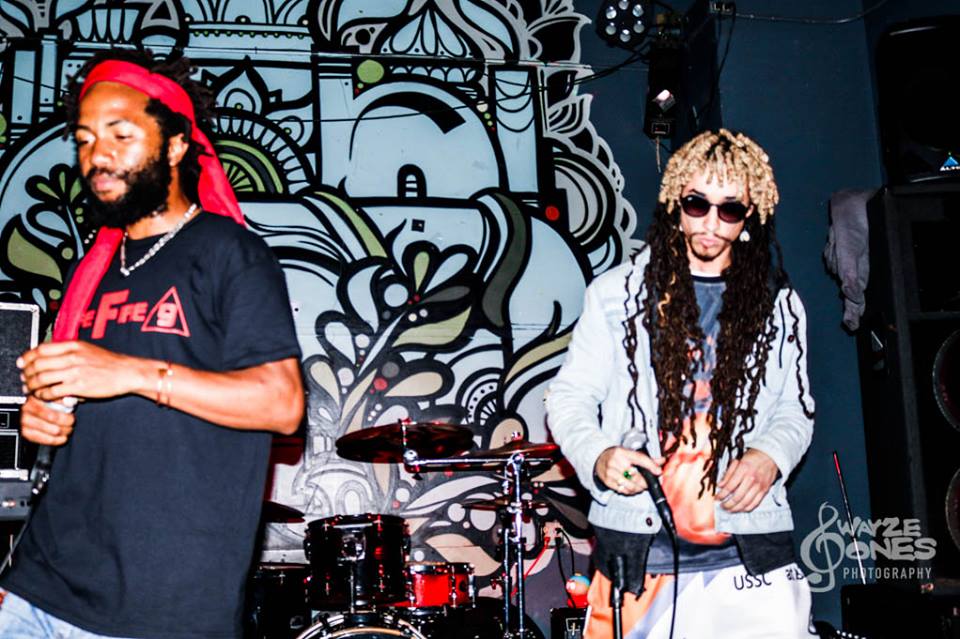 This venue caters very well to rappers who use just the two turn tables and a mic, however if you have a full band, they can also accommodate.  I witnessed a 7 piece band rock out on that stage and they had them set up and ready to go in record time.  I have to say that I was very impressed by this event.  The professionalism, the lighting, the visual DJ, the featured acts (which were all dope as hell), and the host were all locked and loaded and very comfortable with the event’s flow. For any ATL locals or people traveling out of state interested in performing at this event feel free to email theearlyshowatl@gmail.com

Their next event will be this Friday The 17th of March and I have attached the flyer below.  Hope to see you there! 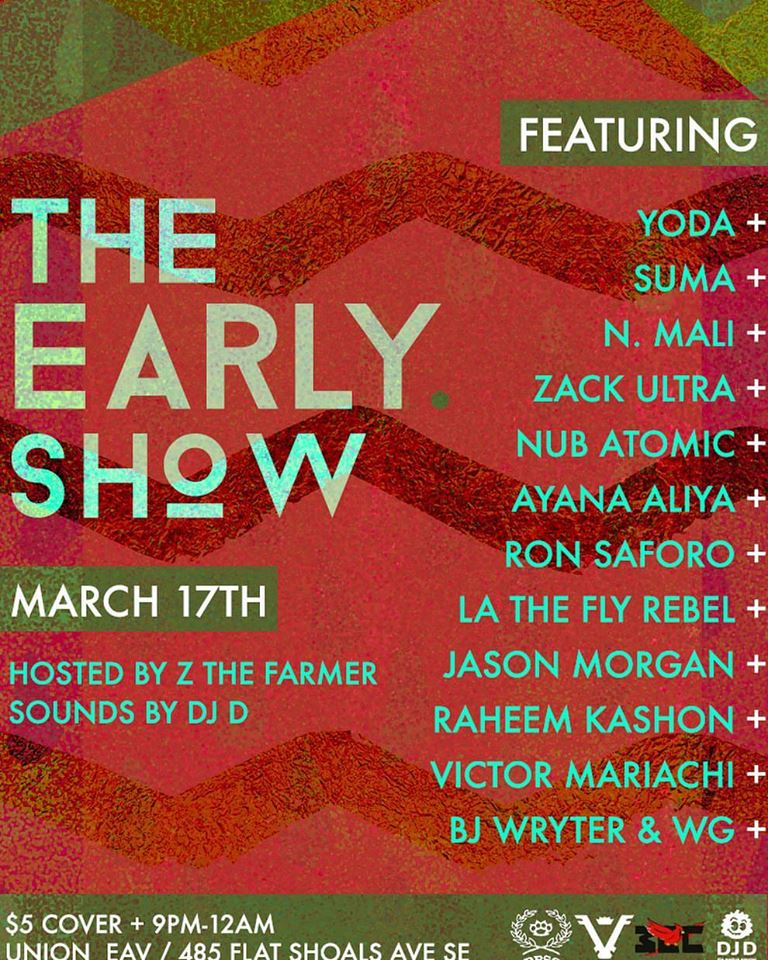 Str8OutDaDen Podcast: The Birth Of Paid In AmeriKKKa Episode