you can thank Eugene Landers 0 comments 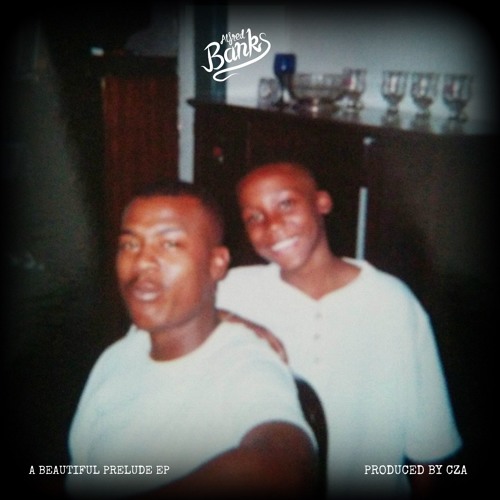 Louisiana’s own, Alfred Banks has been a busy man on hiphop’s underground scene receiving accolades from everyone from Complex magazine to Djbooth.net for his lyrical prowess and unique flow. Now Banks is back to curb the hunger of his fans with A Beautiful Prelude EP.

Alfred Banks’ A Beautiful Prelude EP drops on March 20, 2016 and the first song is March 20, 2014. This track puts you in the same place Alfred was when we he got the bad news of his brother’s passing . Two years exactly have passed since the departure of his brother; this track paints a picture where Banks is getting praise and successfully rising in the hip hop scene and has plans for him and his brother to come back together. Alfred has so many questions about his brother’s untimely passing and what lead up to the events. Banks does well bringing that pain and level of emotion into the premier track.

A Beautiful Song truly lives up to the title. I didn’t think Banks could possibly get any more in-depth or vivid until I heard this. 3-20-14 tells you how it was receiving the news of his brother’s death. This time Alfred takes us before the event and what conversations with his brother were like. You are supposed to be close to your siblings, but Banks shows that they both had a mutual love for hip hop and respect for the culture. The way Alfred Banks captures his memories lyrically makes this song really special. The mellow vibe and calm flow makes this song easy to help cope with pain and carry on when the pain is at its worst.

Banks is talking to his recently departed brother and updating him on everything that has happened since his death. You can almost say the song is written in the form of a letter. Banks is updating his brother on life as a rapper and how he feels of his passing. Very soulful and upbeat melody to a very gloomy topic; that right there makes this song much more special. Most artists want you to feel their agony of losing a loved one. Banks does this as well as, let you feel that he can still look to the sky and smile and know that his brother is smiling on him also. Out of the three songs this is my favorite.

Overall, this project has intrigued me to see what a LP from Alfred Banks would be like. Not a mixtape, but and album. He has the talent and skill to catch more fans from outside the underground. Alfred has the ability to make himself unique but still can find yourself comparing him to underground greats like Charles Hamilton and Mickey Factz. Do yourself a favor and go get the Alfred Banks EP: A Beautiful Prelude EP here.