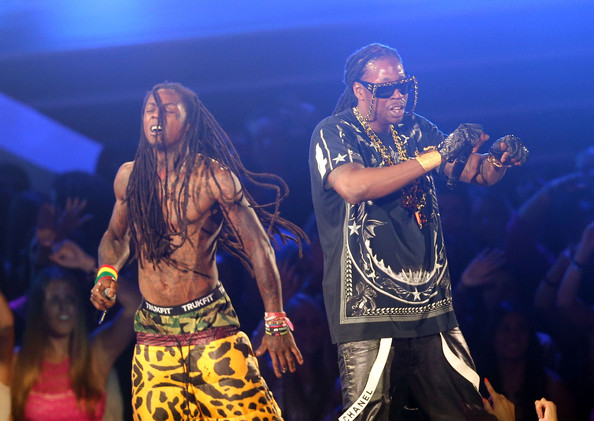 When I first heard that 2 Chainz & Lil Wayne was working on some new material, my brain instantly went back to my days as an intern over at DTP and when I first heard “Duffle Bag Boy“. There was something about that record that made me want to get up and grind.

Wayne was on top of the rap game and people didn’t have a clue who 2 Chainz was (mainly because that name didn’t exist). Fast forward nearly 10 years and their roles have switched a bit. 2 Chainz is making millions off of Dabbin Santa sweaters and have the world saying Truuuuue and Lil Wayne is settling in-house disputes with Birdman.

Now we know that this is no longer rumor of a new project and that it is actually on the way. Kanye West (who is the king of all media with his rollout of The Life Of Pablo), took to his Twitter to give an update on the project and says that we can expect the project to drop this Friday March 4th. Kanye also posted a picture of the artwork which is a picture of 2 Chainz with his eyes closed and the face tattoos of Lil Wayne.

Check out the tweet below and along with the artwork.

New project with 2 Chainz and Wayne dropping this Friday pic.twitter.com/IZwN3mnkIS Clemm Rishad – “What A Feelin”