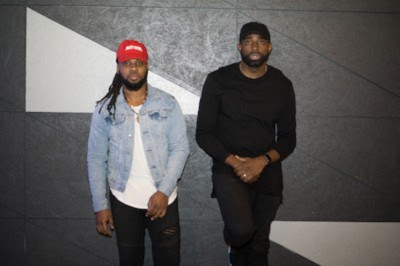 As we settle in to 2018, Grammy nominated producer Ace Harris continues his string of success. Most recently he entered a new role as Director of A&R at Reach Records and today he announced signing a new member to his PK OneDay family.

Read the full press release below.

2017 was a busy year for me both family and career wise. I began a new role as Director of A&R at Reach Records, headed by Grammy-winner Lecrae; my wife and I welcomed a baby boy into the family; and I received another GRAMMY nomination for producing on Common Kings latest album Lost In Paradise which is nominated for Best Reggae Album. And just as important as acknowledging these blessings is paying it forward, something that’s always been very important for me. And so far 2018 is starting off strong with that in mind.

Giving back, and investing in young talent, is why I started my production company, PK ONEDAY. I wanted to create a way to uplift Africans, especially those who share the story of first generation immigrant and diasporadic struggle. As our music becomes increasingly popular, I want to make sure those from the culture get the shine for creating the culture. Which is why I’m excited to share with you that we just added Tumeh “DJ Tag” Gailor to the PK ONEDAY family.

Born in New York to Liberian parents and raised in Georgia, Tag blends the traditional sounds of his Liberian upbringing with the melodies of urban life in the states. These sounds reflect both in the music he plays as a DJ and the beats he creates as a producer. Since signing to PK ONEDAY, DJ Tag has been busy: he co-produced “Shining”, the latest single by Sammy Adams, and assisted on additional production on “Can’t Lose”, a song Sak Pase and I produced for Iggy Azalea featuring Lil Uzi Vert. Most recently he added some production to the new Reach Records single “Light Work” by 116 which features Lecrae, Andy Mineo, Trip Lee, Tedashii, WHATUPRG, and CASS.

As we continue to produce in all genres plus fuse African music with US pop sounds, I know DJ Tag will be instrumental in helping further the ATLiberia brand, growing PK ONEDAY, and contributing to Reach Records projects. I’m grateful to be able to use my unique position to give him, and other talented producers, the platform to be creative and grow. Excited to have him on the team.