Poll Of The Week: Who Is The Best Rap Storyteller? 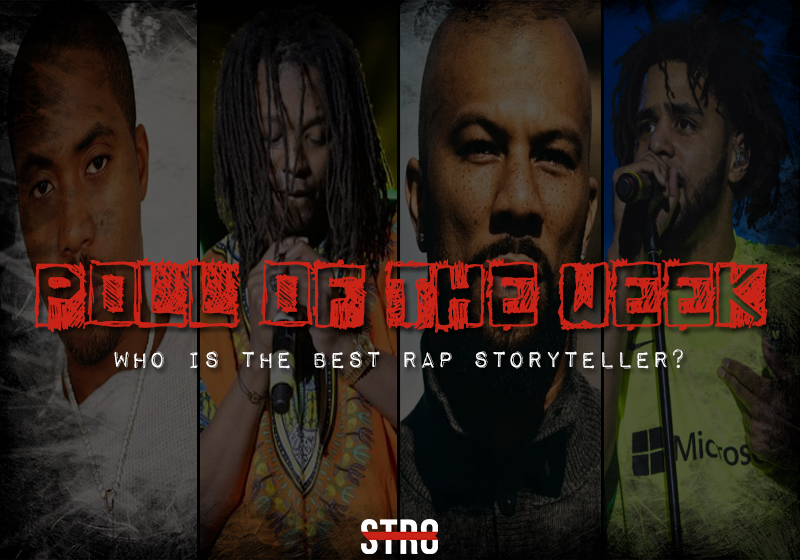 Who will take the art of storytelling crown?

This week’s poll may be little less controversial than the last, but its a topic we think will still get the hip-hop heads riled up. Whether you are at the barber shop debating on the boosie fade or simply chilling at the bar with the fellas tossing a few back. The topic we chose for this week’s poll will definitely keep you occupied.

Me and along with the rest of the crew from Da Den took forever narrowing down the contestants for the poll, and I must say I’m still torn at the fact that a couple of my picks didn’t make the final cut. The debate we had never concluded and the artists we agreed upon listing are undeniably some of the most prolific storytellers the hip-hop world has ever seen. What we would love though is to hear you voice your opinion in the comment section on the matter. Who are some people you felt should’ve made the list, and give us a vote for who you feel is the best we have listed on the poll.

Who Is The Best Rap Storyteller?